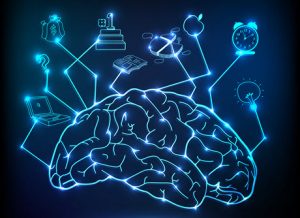 For millions of years, the human race has been fascinated by its own inner mechanisms. Curious minds have given rise to numerous branches of science and even the entire medical industry, all stemming from the complexity of biological life itself. While science has resolved many of the nagging questions cropping up in this arena, every answer seems to trigger hundreds of new mysteries.

Perhaps one of the most perplexing puzzles of humanity is the brain, the literal nerve center of the body. This single organ, the fattiest one in the human body consisting mostly of water with neuron-riddled gray matter strewn across its surface, has been described as the most complex item known to man. Science knows what it’s made of and even a few details about how it operates, but so much remains unexplained.

Venturing into the Human Brain

People have marveled at the mind-boggling nature of the brain for millenia. As is the case with most situations, this innate thirst for knowledge has brought about a wide range of experiments and advancements over the years. Some of those means to new ends weren’t exactly safe, such as pneumoencephalography. Entailing draining fluid from around the brain and replacing it with air, this process may have led to certain interesting findings, but it also created unfortunate consequences.

While some of the theories presented over the years didn’t pan out, others did. Early imaging technology gave humanity its first non-invasive glimpses of the living tissue responsible for spurring on the body; unfortunately, those images were a bit disappointing. Science prevailed and moved on to find greater detail. Over time, the expansive world of brain monitoring known today came to fruition.

Though ample advancements have made their way into the world of human brain watching, three key devices stand out from the crowd. Each has its own set of advantages where physical health and mental well-being are concerned. All have made their fair share of contributions to the medical and scientific realms.

Certain similarities exist between these common types of brain monitoring; at the same time, they have their own differences as well. EEG focuses on timing whereas fMRI revolves around location. MEG offers the best of both worlds.

As far as potential use goes, monitoring brain activity still lies in its infantile stages. Perhaps even more importantly, humanity’s capacity to interpret the results of these scans has a long way to go before reaching its full potential. Looking ahead, science is particularly focusing on fMRI for its possible far-reaching applications. Analysts have already noted this method’s ability to offer insight into varying brain activity in regard to strong emotions and changing thought patterns.

Essentially, fMRI could also be used as a proactive measure in treating addiction and mental illnesses in the future. At present, though, this prospect is a bit dicey; after all, the complexity of the brain still leaves quite a bit of room for error. Certain other concepts are also currently being considered, developed and even tested. Some of them are considerably more in-depth than today’s widely used technology, but a few are also a great deal more invasive. The latter issue presents a growing margin for ethicality concerns.

Science has come a long way in mapping the human brain and its activities. Connections are even being made between physical readouts and emotional responses. Having said that, far more lies beneath the surface. Humanity may one day thoroughly understand how a convoluted mass of water, fat and nerves can hold full dominion over a person’s physical and mental states as well as how the two interact with one another. For now, though, most of it remains a mystery.

Many of our clients did not start as true believers! In fact, many were downright skeptical, but driven to find solutions to their problems. They discovered biofeedback and neurofeedback works and helped them successfully recover from panic attacks, alcoholism, ADD, depression, chronic anxiety and addiction, post-traumatic stress and many others.